Following his degree and PhD, Jack now works at the cutting edge of flood response systems in the UK. 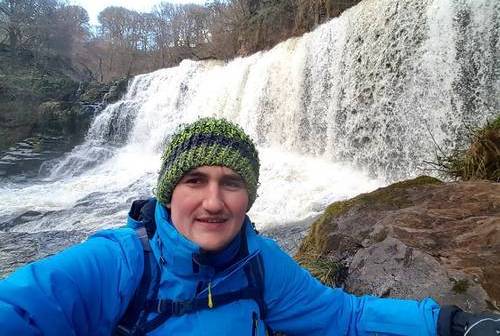 During his time at UWE Bristol, former Geography and Environmental Management student Nick said, “UWE Bristol and my chosen course have definitely given me the option to go onto whatever I want to do in the future. During my placements I've gained valuable experience of working within the industry, which has immensely improved my employability and career prospects."

"Students are a part of the research culture here. At UWE Bristol, students learn from tutors directly and are able to have more one-to-one time."

Different fieldtrips and placements – such as a six week expedition in Iceland studying river corridors and hydropower development – also helped Nick to pursue his passion to solve environmental issues.

Nick went on to complete a PhD in Fluvial Geomorphology and Participation and is now focusing on improving our national major incident response within the Environment Agency (EA).

In Nick’s time at the EA, he has worked in a local team responsible for the Water Framework Directive project delivery, and was involved in the recovery effort of the floods in Cumbria in winter 2015/16. From this, an opportunity arose to lead a programme of business change projects with the goal of improving major incident response. These projects focused on the use of technology, including drones, to improve data capture in the field. In April 2018, Nick began his current role looking at the future technologies, such as machine learning and augmented reality, we need to respond effectively to environmental and flood incidents in England.

To see more about Nick’s work into collaborative working to improve incident response, please watch his presentation at the ESRI UK Annual Conference 2018.

Nick’s advice to those searching for employment

“Grab every opportunity that comes your way, especially early on in your career. I did a number of placements (Cotswolds Conservation Board – 12 months and Met Office – 3 months) and internships (AECOM – 3 months) before getting onto a PhD and then into the role I am in now. I have been hesitant to go into some of them but the value and experience you gain is excellent and makes you highly employable later on in your career.”