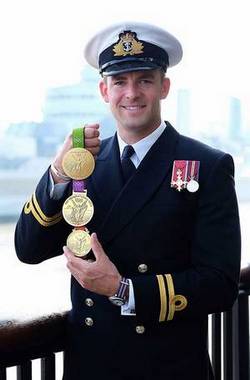 Pete won gold medals in the Men's Coxless Four at the 2008 and 2012 Olympics, and then a third Olympic gold medal in the Men's eight at the 2016 Olympics in Rio de Janeiro. He has also won five gold medals and three silver medals at the World Championships.

Pete learnt to row in his second year at UWE Bristol and soon developed a passion for the sport. He went on to be part of the Oxford University Boat Club and enjoyed a rapid rise.

At almost twice the normal average, Pete has the world’s largest recorded lung capacity of 11.68 litres.

He was awarded an MBE in the 2009 and OBE in the 2017 New Year’s Honours lists respectively.