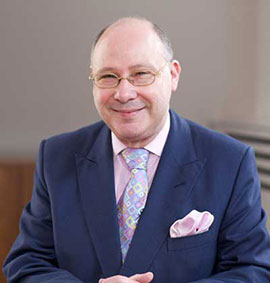 As an integral part of the new system for financial regulation, the Financial Services Act 2013 will expand the application of the criminal law to secure greater protection for bank depositors as well as punish market participants who break the rules. The objective is laudable but it begs many questions. Although the global financial collapse has been characterised by egregious instances of non-disclosure, false valuations and instances of reckless risk-taking, there have been few criminal prosecutions on both sides of the Atlantic. Is the inadequacy of the criminal law to blame or are there other dynamics at work?

Jonathan explores these issues and discusses whether the difficulties in policing the financial markets reflect a broader ambivalence in society’s attitude towards acts of dishonesty and financial crime. Whilst maximisation of profit lies at the heart of an enterprise economy, Parliament has been enacting more coercive measures to compel the private sector to take financial crime more seriously. Is this an appropriate response or an abrogation of responsibility on the part of the State?

Jonathan Fisher QC is Visiting Professor of Law at the London School of Economics where he teaches Corporate and Financial Crime and International Economic Sanctions on the LLM programme. His research interests are Corporate and Financial Crime, International Economic Sanctions, Taxation – Investigations and Disputes, and Human Rights and Civil Liberties. He is also an Honorary Visiting Professor at City Law School (City University London) where he gives two lectures a year to student barristers on the typology of fraud and fraud in practice. Between 2003 and 2006, he was Visiting Professor in the Faculty of Finance at Cass Business School teaching financial services regulation and investor protection law.

In addition to his academic work, Jonathan is a leading practising barrister, becoming Queen’s Counsel in 2003. Between 1991 and 2003, he was Standing Counsel (Criminal) to Her Majesty’s Commissioners of Inland Revenue at the Central Criminal Court and London Crown Courts. The UK Chambers and Partners Bar Guide 2013 name Jonathan Fisher as a leading barrister in three fields - Fraud (Criminal); Proceeds of Crime; Tax. The Legal Directories have described him as 'a highly intelligent silk … a favourite of London’s top law firms', 'meticulous in preparation, extremely responsive and hard-working - judges defer to his knowledge', 'extremely thoughtful and considered in the run-up to court but once in the heat of battle pulls no punches', and 'highly respected for his advisory work on money laundering, proceeds of crime, VAT fraud and taxation matters'.

Co-author of The Law of Investor Protection (Sweet & Maxwell) as well as many papers and articles, Jonathan is General Editor of Lloyds Law Reports: Financial Crime, an Editorial Board Member of Simon’s Taxes, a Fellow of the Chartered Institute of Taxation, an accredited Trusts and Estates Practitioner and an Honorary Steering Committee member of the London Fraud Forum. He was appointed a Commissioner on the Bill of Rights Commission established by the Coalition Government in March 2011.