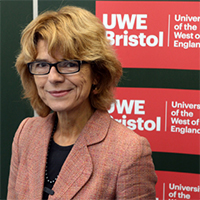 Vicky’s fascinating address gave the audience an insight into how the UK's economy has been impacted following the vote to leave the European Union.

She explained that the economy was already showing short-term signs of a negative reaction to the Brexit vote, coupled with worries about the EU's standing and future without Britain. She noted concern about the future viability of Britain's industries and, in particular, the City of London.

Vicky also explained the difficult interplay of politics and economics that the UK will face as a result of Brexit. She remarked that this would take place in a world currently dominated by geo-political tensions and migration issues caused by seemingly uncontrollable conflicts.