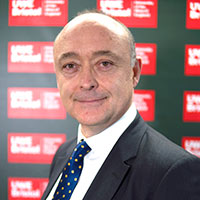 Andrew gave an insightful lecture on his experience at The Bar, explaining the meaning of advocacy, the current state of The Bar, how it operates and the role of lawyers acting in the public interest.

He discussed how the Rule of Law in the UK is under threat due to failures by successive Lord Chancellors and a chronic lack of resources. He highlighted the importance of an independent Bar and judiciary in defending the rule of law and maintaining the constitutional balance threatened by populist forces.

Andrew ended his talk by acknowledging there are many challenges and asking what practitioners and law students should do. He suggested two aims, first; lobby to restore legal aid and funding to ensure justice is done and second; stopping the madness since the referendum of politicisation and resist populist movements to disturb our constitution.

You can find a transcript of this interview on the Business West website.