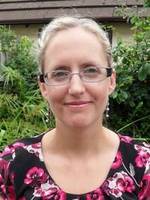 Clare Wilkinson is an Associate Professor in Science Communication at UWE Bristol, teaching predominantly on postgraduate science communication courses, as well as carrying out a variety of projects involving evaluation and research. Clare is Co-Director of the Science Communication Unit, with primary responsibility for activities in relation to the Faculty of Health and Applied Sciences.

Since her arrival at the Science Communication Unit in 2006, Clare has worked as a principle and co-investigator on a number of projects running within the Unit. These include REThink (funded by the European Commission), Robots vs Animals (funded by the Royal Academy of Engineering), Meet the Gene Machine (funded by the Wellcome Trust), Talking Robots (funded by the ESRC) and Negotiated Boundaries (funded by the British Academy). Her research interests span the relationship between science and society, media representations of science and public engagement.

Clare's PhD was conducted at the School of Sociology, Politics and Law at the University of Plymouth, and focused on genetics from a media and public engagement perspective. Following this, Clare worked on the ESRC funded project Nanotechnology and News Production based at the University of Plymouth, exploring UK press coverage of nanotechnology as well as a British Academy study focusing on service users participation in medical education, at the Peninsula Medical School, Exeter.

Clare regularly leads and contributes to evaluations performed in the Unit, in addition to in consultancy roles for projects for the ESRC, BIS and DCSF, and has been a steering/advisory group member for the ESRC, Bristol Natural History Consortium, NCCPE and the Eden Project. Clare has been a grant proposal referee for funding bodies including Science Foundation Ireland, The Wellcome Trust, Royal Academy of Engineering, Social Sciences and Humanities Research Council of Canada (SSHRC), Swiss National Science Foundation and US National Science Foundation.

Clare module leads two MSc science communication modules and provides contributions to a variety of other undergraduate and postgraduate programmes.

Clare has supervised over 30 MSc projects to completion, as well as over 20 undergraduate dissertations, and was nominated for UWE Graduate Development Programme Tutor of the year in 2011.

Clare has acted as an External Examiner for Cardiff University, University of Glasgow and Manchester Metropolitan University.

Clare has published in journals including PLOS ONE, Public Understanding of Science, Science Communication, Curator, Journalism, Studies in Higher Education, Qualitative Health Research and Health, Risk and Society. In 2009, she co-authored the book Nanotechnology, Risk and Communication with Alison Anderson, Alan Petersen and Stuart Allan for Palgrave Macmillan. Clare is the co-author (with Emma Weitkamp) of Creative Research Communication: Theory and Practice for Manchester University Press.

Clare’s work has been presented at a variety of national and international conferences, including the American Association for the Advancement of Science (AAAS) Annual Meeting and the International Public Communication of Science and Technology Conference (PCST).

Clare’s work has contributed to reporting used by government, policy-makers and research councils. Clare is actively involved in knowledge exchange and has provided Continuing Professional Development for organisations including the Health Protection Agency and Environment Agency.